On making it to the finish line.

I love you Melissa! 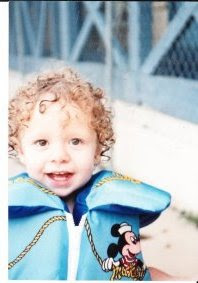 How cute was she was she was a baby?! How was I supposed to compete with that?
She’s celebrating down in Little Rock and I wish I could be there with her.
*When I was a little kid my best friend was convinced for years that my sister was a leprechaun because her birthday was on St. Patrick’s Day.
Yikes. When I logged in to my blogger account just now it said “last published February 11.” I can’t believe time has slipped by that quickly. The 100 day mark for the wedding has come and gone. We’re at 80 days now and to be honest, I have probably 200 things left to do. I have spent virtually no time doing anything wedding related (or anything else for that matter) since I started my new job. I still LOVE my new job, it’s just a LOT more work than my old boring one. Regardless, this wedding is happening ya’ll. Whether or not I get the pomanders made or the programs perfected. I’m 100% over worrying about the small stuff. (side note: remind me I said this two months from now)

The one thing that I have gotten accomplished since I last posted, however, is finishing the Little Rock Half Marathon.

It was by far the hardest and most rewarding thing I have ever done. The weather was perfect and we had a bunch of other friends running the race. Jacob’s brother, our friends Wes, Jake, Chris, and Kristi all finished as well.

I’m not sure that I can accurately describe my half marathon experience. I was pretty upset right afterwards, but the more time that has passed, the fonder I find myself remembering the race. Here’s Jacob, his brother and I before the race. Not too glamorous, but it was 6:30 in the morning and we didn’t shower. Don’t judge me. I wasn’t nervous at all going in to the race. We’d been using my Nike+ipod sensor to track our mileage and pace, we had been following our training schedule pretty well and had two ten mile runs under our belts. It was going to be fine, easy even. Or so I thought. Everything started out great. I was really pumped from the music and the crowd so the first few minutes flew by. I quickly noticed, however, that my Nike sensor was off. It said we passed the first mile marker way too early and after that each mile was more off than the next. I quickly figured out in my head how far off our mileage we were and realized that the longest distance we had ever run was around 8 miles! So not only was our pace much slower than I had thought, we had been running a lot less than we were supposed. Couple that with the fact that there wasn’t a water stop until almost 3 miles in (something I still don’t understand) and I got pretty depressed around mile 4. I didn’t want to alarm Jacob, but I casually mentioned that the Nike sensor was off and tried to stay positive. I kept the sensor going because I wanted to keep our training pace even if it wasn’t accurate, so I the entire time I had a voice in my ear telling me things like “8 miles completed” when it was only 5! I knew my parents were going to meet us at mile 6 and 8 and that was really the only thing that got me through miles 5 to 10. Here’s us at mile 6. I had to run outside the cones for a second so I could hand my jacket to my mom, I was burning up!

I’m smiling because I don’t know the hills that are coming ;)
Here’s us at mile 8, still trucking along.

Little Rock Half Marathon Mile 8 from Jessi Edwards on Vimeo.

After that it was mind over matter. I knew that I would be so disappointed if I walked or didn’t finish, so that’s all I focused on. The last 5 miles are kind of a blur. We ran by the Governor’s Mansion and the Governor was outside waving, then about a mile later I grabbed a water cup from a guy that looked really familiar. I was kind of out of it so it took me a second to realize who it was, but it was none other than JimBob Duggar himself! 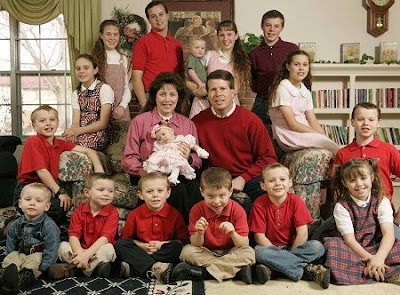 *In case you’ve been living under a rock, the Duggars are an Arkansas family (they actually live about 10 minutes from me and Jacob) that have 19 kids and a reality show on TLC.

As soon as I realized who I had just gotten water from, I tapped Jacob’s shoulder and said, “Jacob! Duggars!” He turned around and saw JimBob and laughed, and then we ran by all the Duggar kids who were also handing out water -even the toddlers! Jacob proceeded to high five all 50 of the Duggar children and tell each one “love your show!” I couldn’t even finish my water because I was laughing so hard.
The last three were awful. My feet hurt, I don’t even know what was playing on my ipod because I was so zoned out, and the people that were walking were keeping up with us. We both wanted to walk so badly, but kept pushing each other, and I’m proud to say we never walked. Although it felt like 10, we finished in 2 hours and 35 minutes. Right after the race, I was really disappointed that we had under trained and that I had been so over-confident beforehand. A week and a half later, I’m pretty much just proud of my medal and the accomplishment it symbolizes and not really thinking about the frustration anymore. It’s amazing what time and a good massage can do to your memory…

This is the last 100 yards or so before the finish line. Don’t be fooled, I’m smiling because I can see people holding free beer and getting massages at the finish line, not because I’m enjoying running at that moment.

Finishing the Little Rock Half Marathon from Jessi Edwards on Vimeo.

And for some perspective, here’s the guy who won the marathon as he got to the finish line. Luckily my dad filmed this, because this guy finished like 15 minutes ahead of us so we were probably still talking about the Duggars and wondering how much further we had to go at this point.

Winner of the Little Rock Marathon from Jessi Edwards on Vimeo.

Here’s some proof that we actually did finish after all. Chris and Wes with his complimentary finisher’s beer *I almost forgot, I actually did get one wedding task accomplished this week. I finally changed our wedding web site to one that I designed from one of those awful free templates that was only supposed to be up for a week. oops.