Were you expecting a What I’m Loving Wednesday post? Sorry to disappoint.

Friday is the first day of fall and, I don’t know about you, but the cooler weather makes me want to curl up on the couch with a good book. I thought I’d share some of the books I’ve enjoyed reading recently.

The Help
I know I mentioned this already, but this was our first book club book and I loved it. The book is long and overall the plot is slightly anti-climatic, but it’s still a winner. I thought the ending was a little abrupt, but the character development throughout was fantastic. It’s been controversial because the writer is white, but I really didn’t find it offensive. Unfortunately, growing up in the South, I can attest that the kind of hate crimes described in the book were not fabricated. Definitely a tear jerker.

Just Kids
I’ll admit that I didn’t really know who Patti Smith was before I read this book but now I’m kind of obsessed with her amazing life.  I struggled with how to accurately describe the plot, so I’ll let someone else do the talking.

“Patti Smith‘s National Book Award-winning Just Kids is the best book I’ve read in a long time, and maybe the best I’ve ever read about the creative process. It’s  the story of her development as an artist during her childhood and throughout her 20s via her complex relationship with best friend and artist Robert Mapplethorpe. It’s an incredibly moving, intricately written autobiography and is ripe with detail when it comes to their poverty stricken existance that was lit up only by art and by friendships with some of NYC’s most colorful characters in the late 60s/early 70s, like Candy Darling, Harry Smith and Janis Joplin, to name but a few. Talk about being in the right place at the right time! In our current era of irony and faux posing, where Manhattan’s exceedingly high rents have obliterated any hope for real artistic daring, it was refreshing and inspiring to read about two consummate artists taking on the city who truly lived for their work and for creation itself.” –source 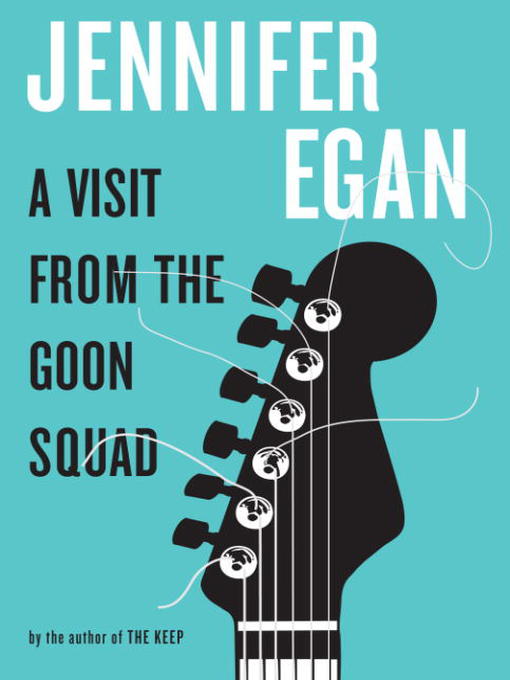 A Visit From the Goon Squad
I’m not sure how I really felt about this one. It’s definitely good, but man it’s weird. The plot basically revolves around two characters whose stories intertwine through various people and events. Taking place over 50 years, the chapters could really stand alone as short stories. The narratives are so complex that I got lost a few times within the characters, but the novel is so well written that it makes up for it.

A Game of Thrones
Like everyone else who watches HBO, a picked this up after watching the television series Game of Thrones. The HBO series did a great job of following the plot of the book, and it was interesting to see which liberties the tv show took with the plot. It can be a little confusing at times, but it definitely helped to be able to picture characters from the show. Still, this is a really, really good book. And long. Really, really long. Like it took me a month to finish. There are also some really great lineage charts at the back that help you put together who’s related to whom.

Gap Creek
I loved this book, but was surprised to see that the reviews were mixed. The themes are depressing and the ending is a little frustrating, but I was still captivated by this story. Jenna, accurately in my opinion, describes it as a “grown up Laura Ingalls Wilder book” which is probably why I loved it so much. I was obsessed with all things Little House on the Prairie as a kid. Right now I’m reading Riding the Bus with My Sister. By the same author who wrote our next book club selection, it’s the true story of how the author (Rachel) learned to understand her mentally retarded sister Beth.  Beth spends the majority of each day riding the city bus routes and Rachel agrees to accompany Beth as often as she can for a year.

So far I really like it, but I’m only about a third of the way done.

Anyone else read any good books lately?