Our most recent book club book was The Paris Wife, a fiction novel based on the real life marriage between Ernest Hemingway and his *first wife Hadley.  *Spoiler alert: Not his last.

I really liked this book, but didn’t love it.

I partially blame it on the fact that I had just finished reading the (significantly more exciting) entire Hunger Games trilogy over a four day period and partially on the fact that while the novel is quite realistic (and by all accounts based on facts) it was still fiction and not actually Hadley’s words and thoughts.

The book paints a fascinating picture of Paris in the 1920s. The story focuses on Hadley and Ernest’s  life in Paris, the circle of artists and intellectuals that they met there, and the couple’s complicated marriage. While their life in Europe was fascinating,  there was a sadness to it all and I couldn’t help but feel a little love-scorned after I finished the book.

All of the girls at book club agreed that the novel makes you hate Ernest Hemingway a lot of the time, but Hadley’s actions and submissiveness are often frustrating too. Hemingway wrote of the same years in A Moveable Feast, and now I’m very intrigued to read it and compare the two perspectives.

Our next book club book is One Thousand White Women. 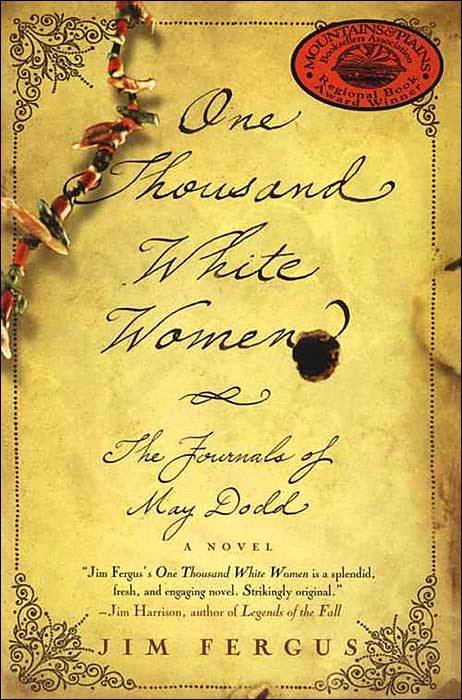 “One Thousand White Women begins with May Dodd’s journey west into the unknown. A government program, in which women are brought west as brides for the Cheyenne, is her vehicle. What follows is the story of May’s adventures: her marriage to Little Wolf, chief of the Cheyenne nation, and her conflict of being caught between two worlds, loving two men, living two lives. Jim Fergus has so vividly depicted the American West that it is as if these diaries are a capsule in time.”

Looks like a good one. Review to come soon!